skip to main | skip to sidebar

With Your Seatbacks in Their Upright and Locked Position

Two spaces to my left, in the aisle seat, thighs and love handles spilling out from the constraints of the armrests, Red Sox fidgets with his seatbelt, snapping the metal clasp over and over again as he stares at the flight attendant's ass. His mother (I must assume that she is his mother: K-Mart clothes in hospital green and khaki, wispy hair, painstakingly applied makeup, and that unmistakable air of patient, loving tolerance for hopeless cases), sitting in the middle, opens her book. Rebecca, reads the title stamped across the top of each page, the author's name opposite, in font that is too flowery for this book to be anything even close to a worthwhile read. I surreptitiously scan a few lines - Emmeline is losing the love of her life, it appears, and nothing she says will change his mind.

Hey mom. Mom, hey. Red Sox (so named for his absurdly supportive outfit) taps the page. Look. He shows her the display of his cell phone - not the best, newest model, but nice enough that in a couple months he'll have changed it out - and I suppose she smiles in response to whatever it is. He launches into an explanation of the backstory, which I tune out in favor of the more enjoyable occupation of unfairly judging this man, who must be nearly thirty, for traveling with his mother to and from baseball games.

He finishes speaking, his eyes again on the flight attendant (now coming back up the aisle, so he has a chance to check out her breasts as well), and his mother nods, laughs quietly, and again opens her book.

The seatbelt light blinks on.
Posted by Rachel at 6:11 PM 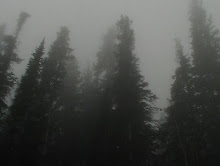